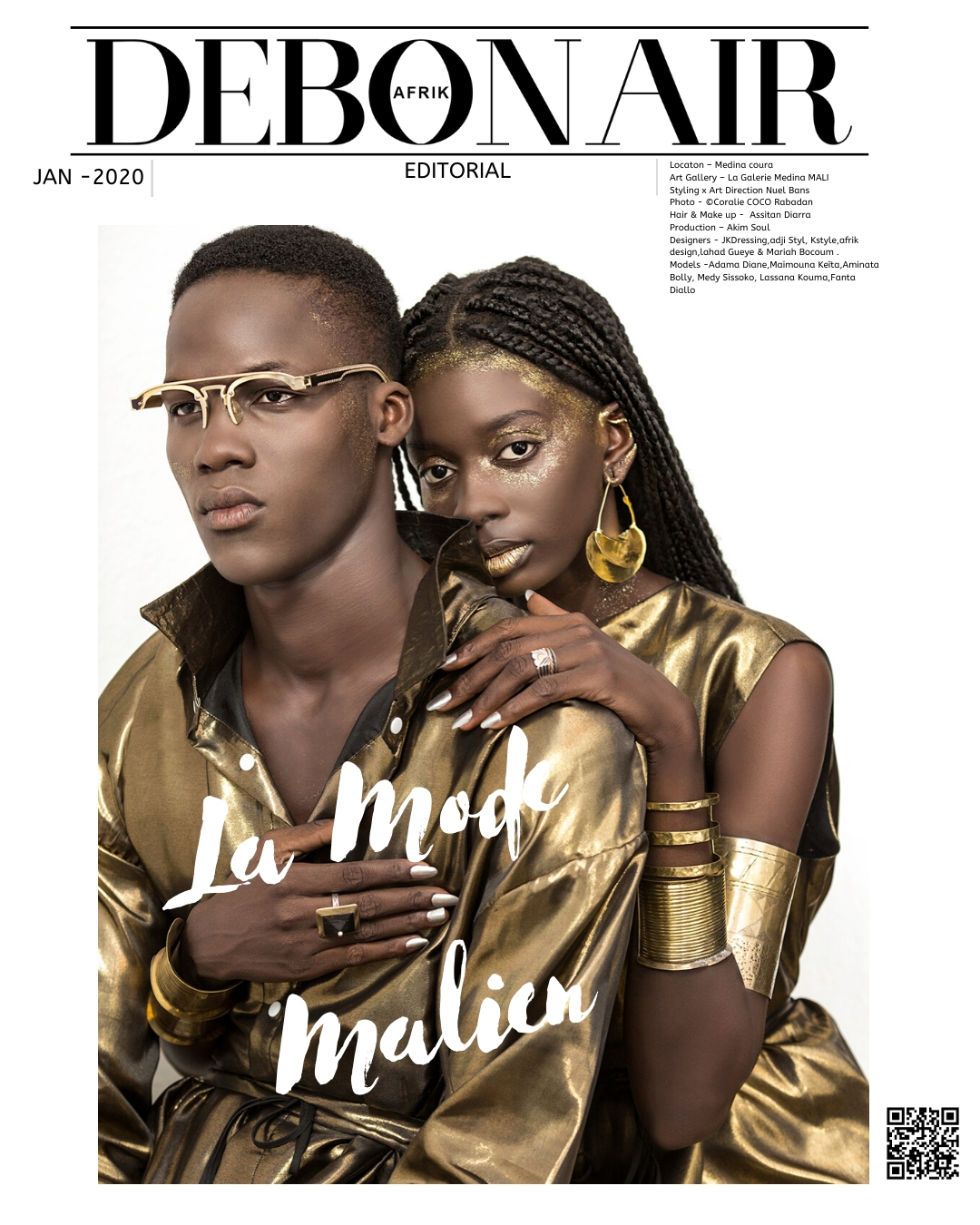 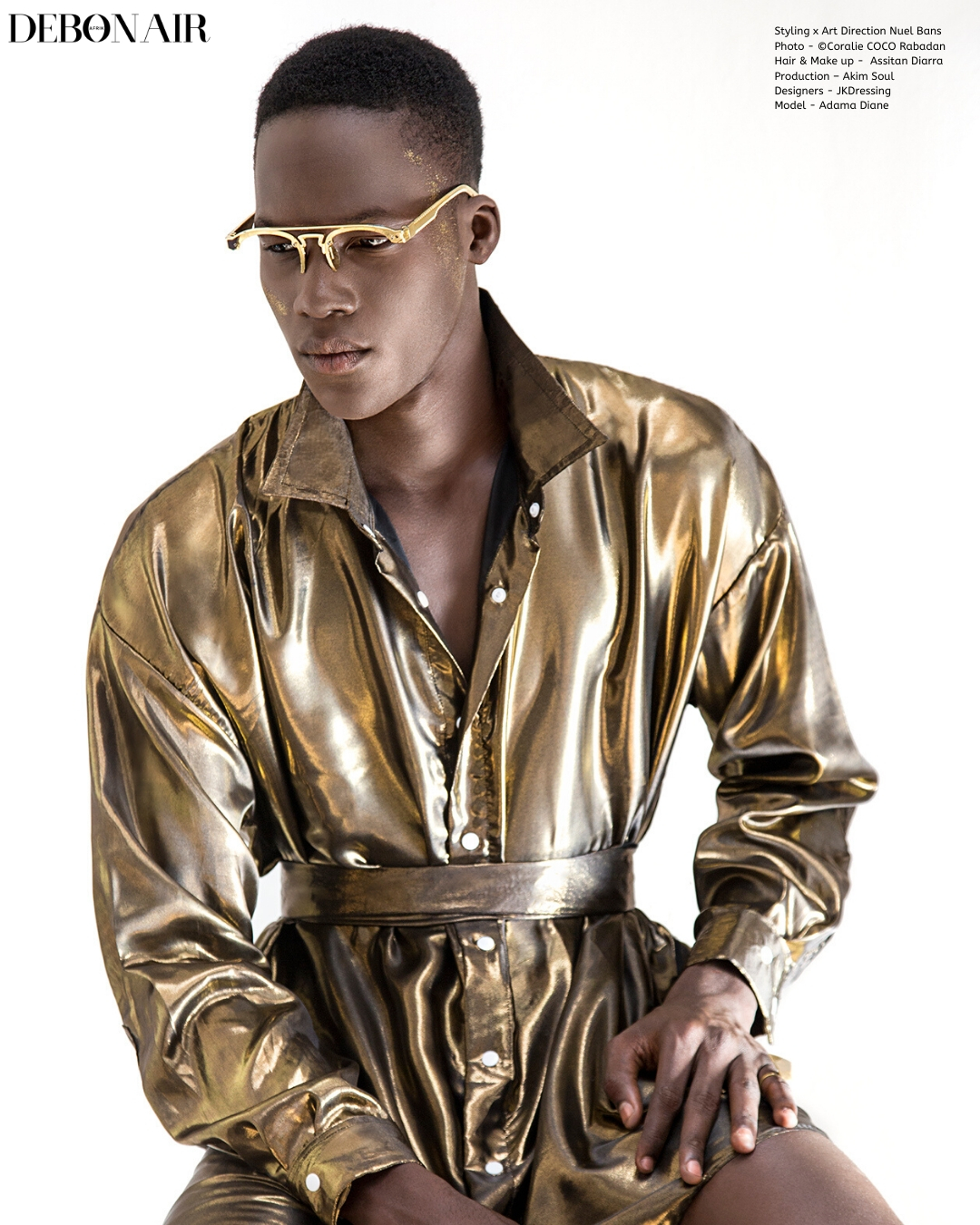 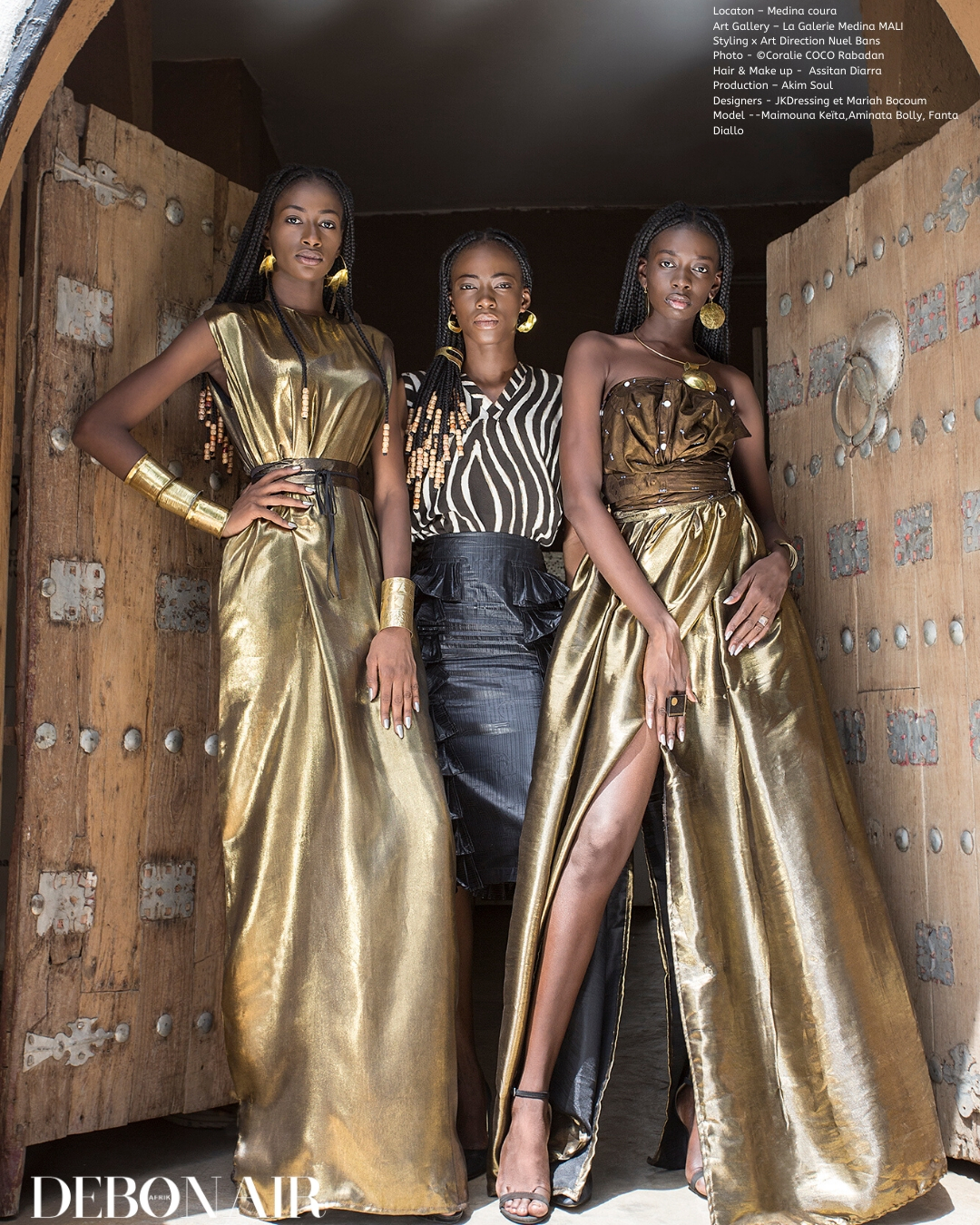 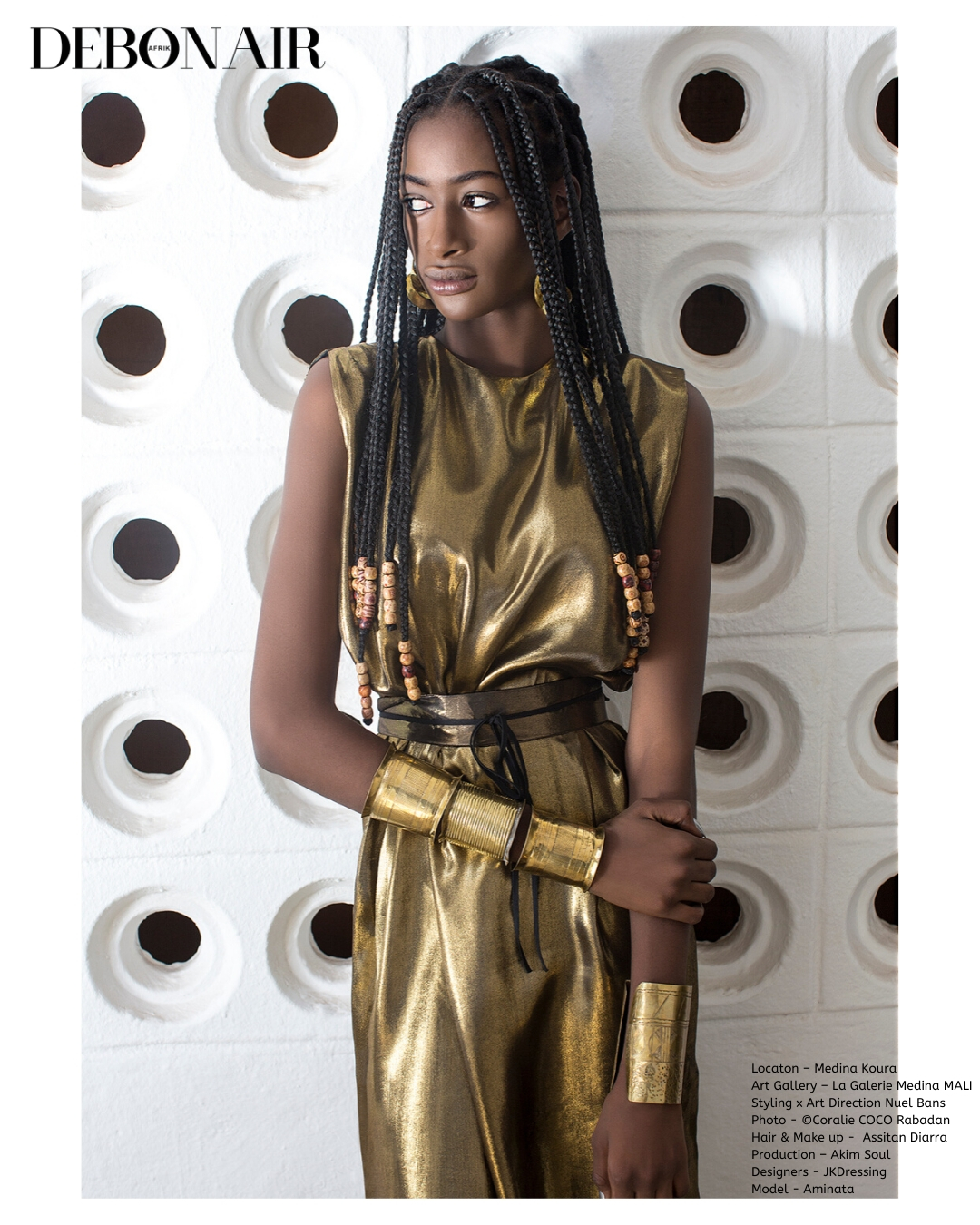 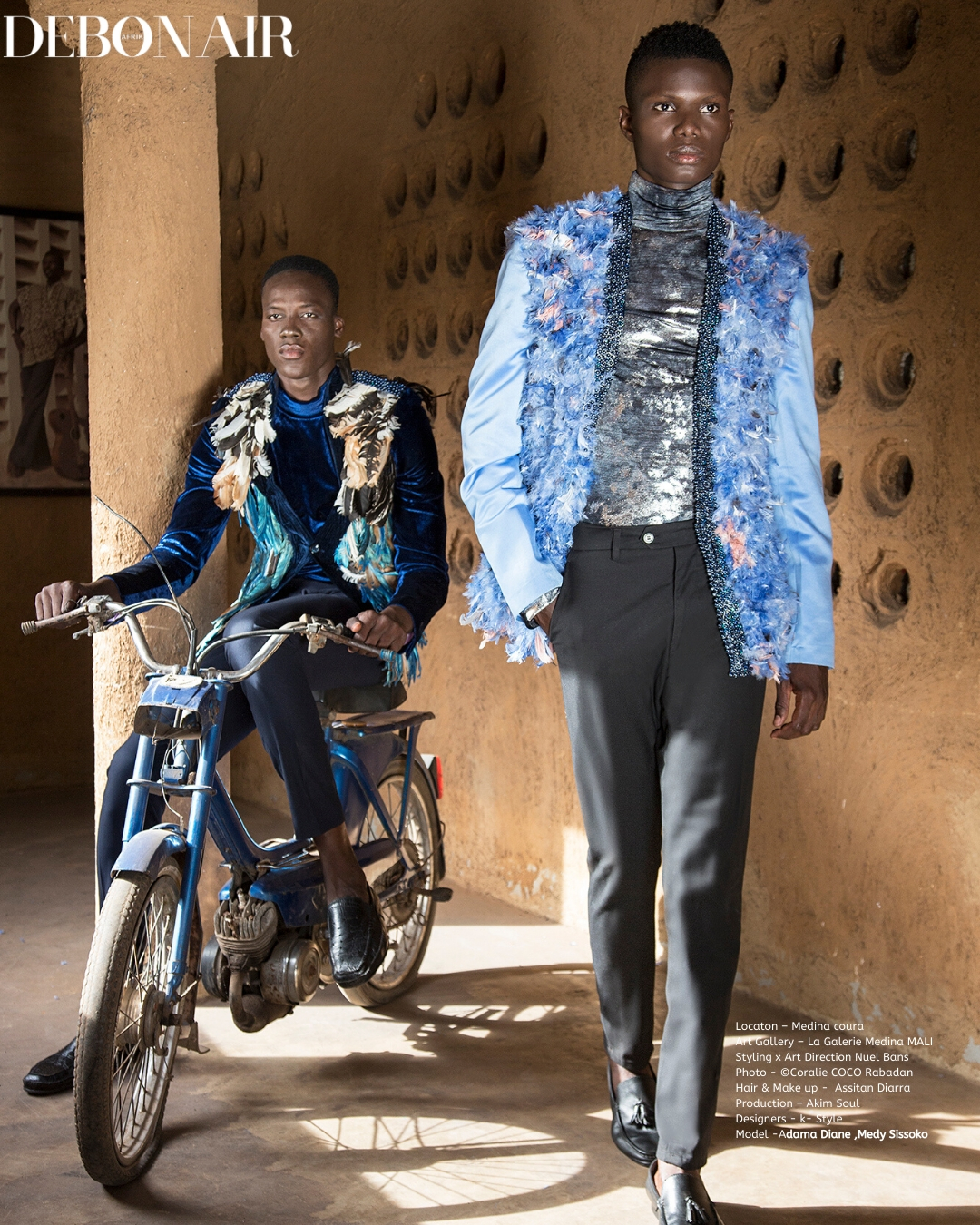 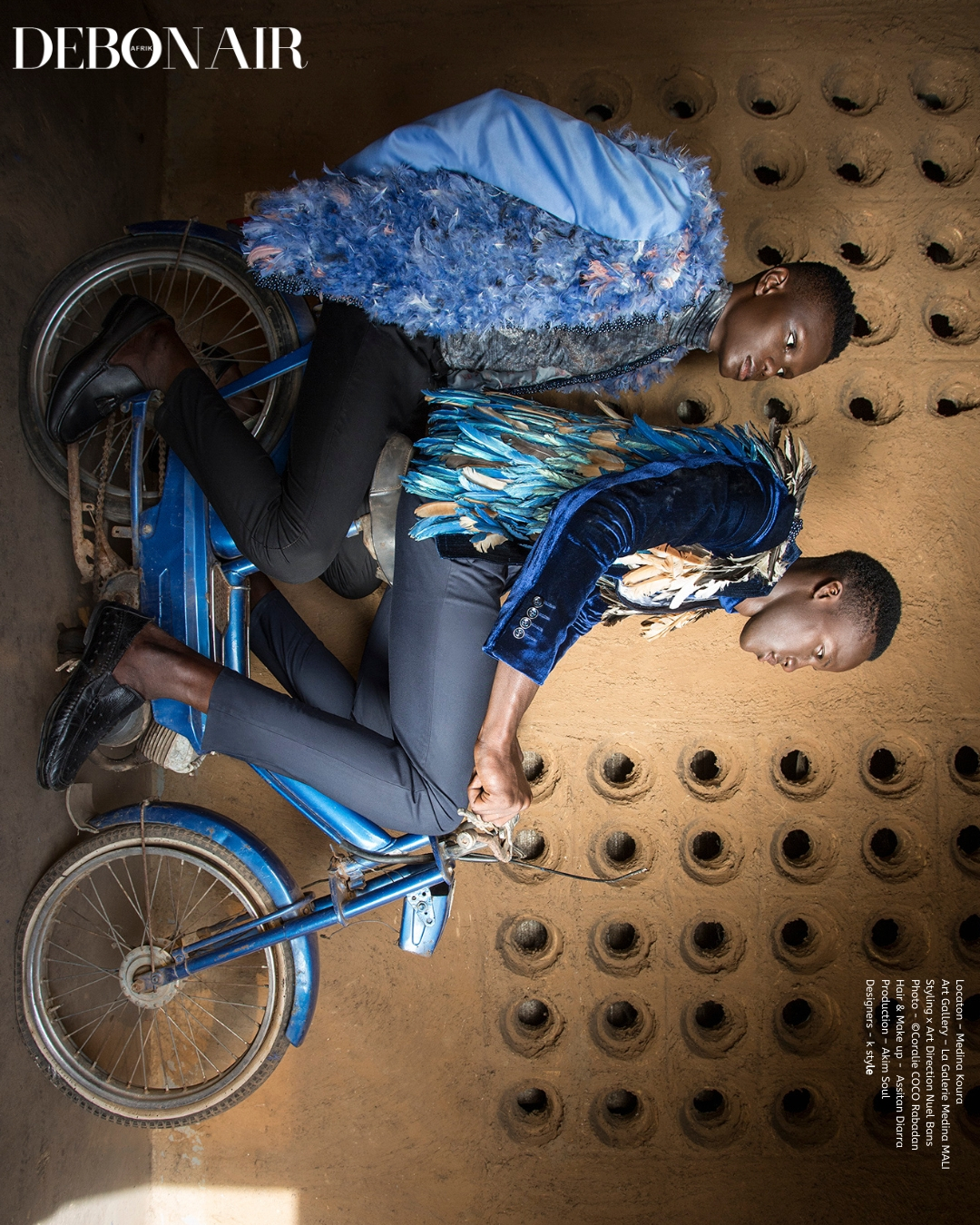 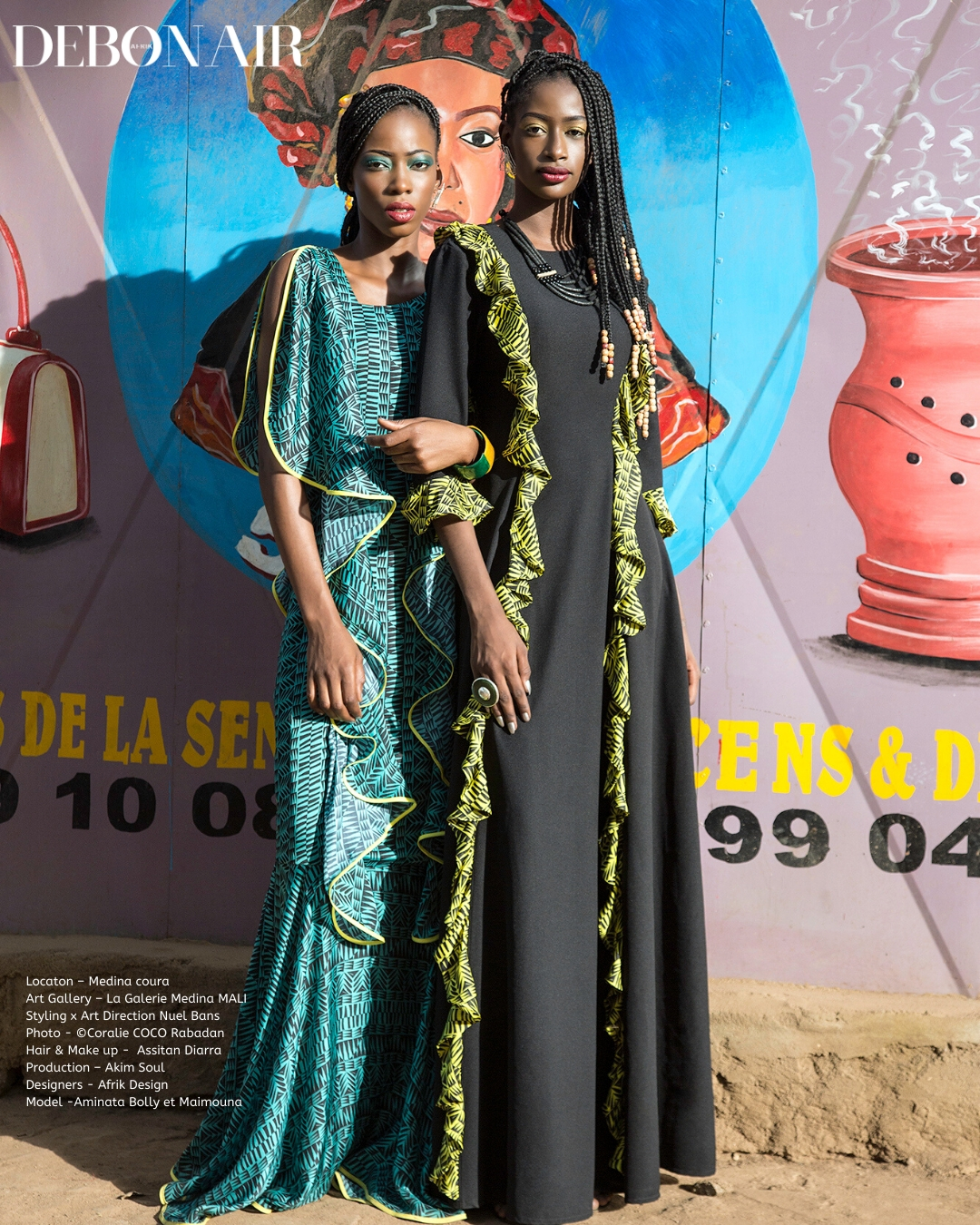 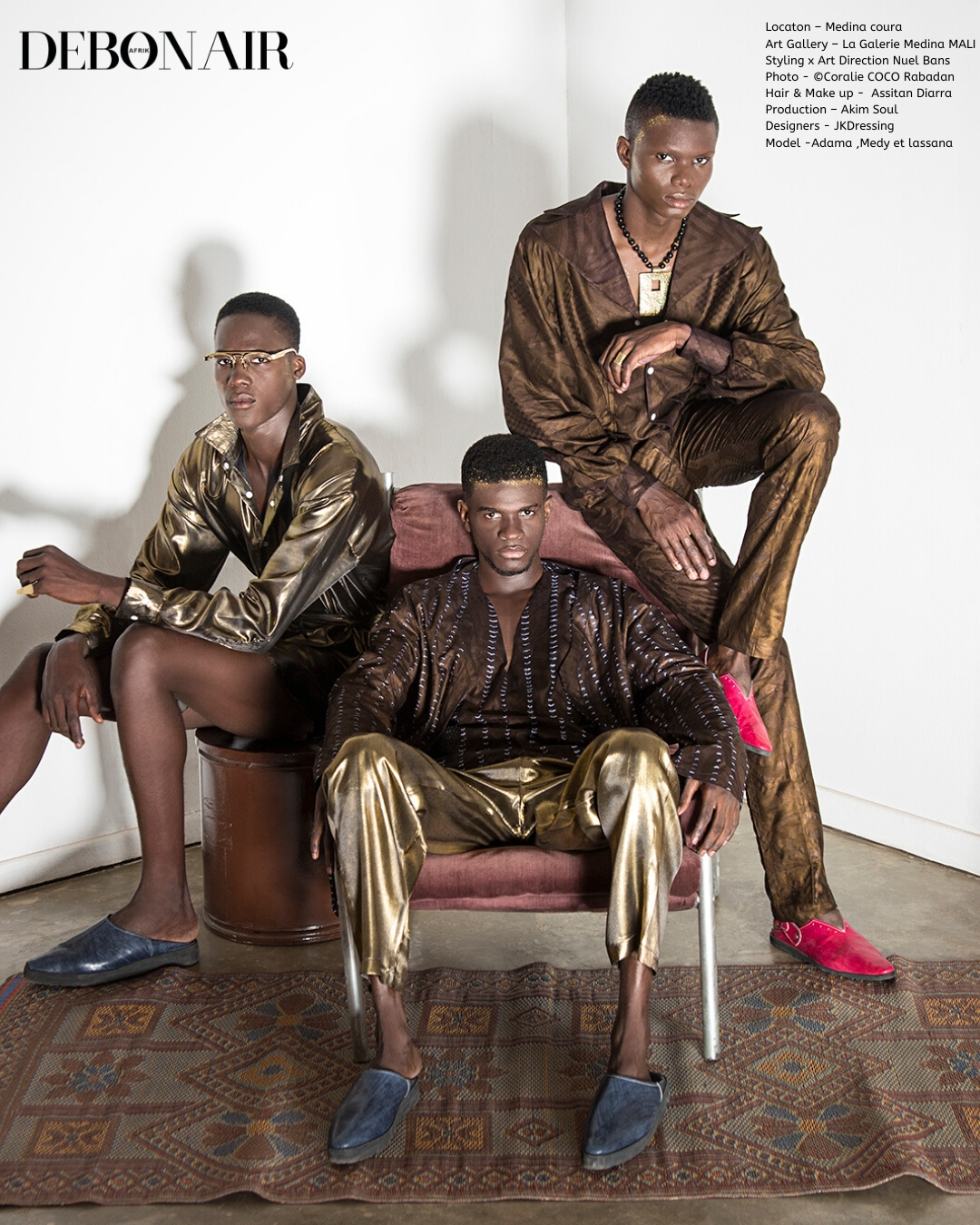 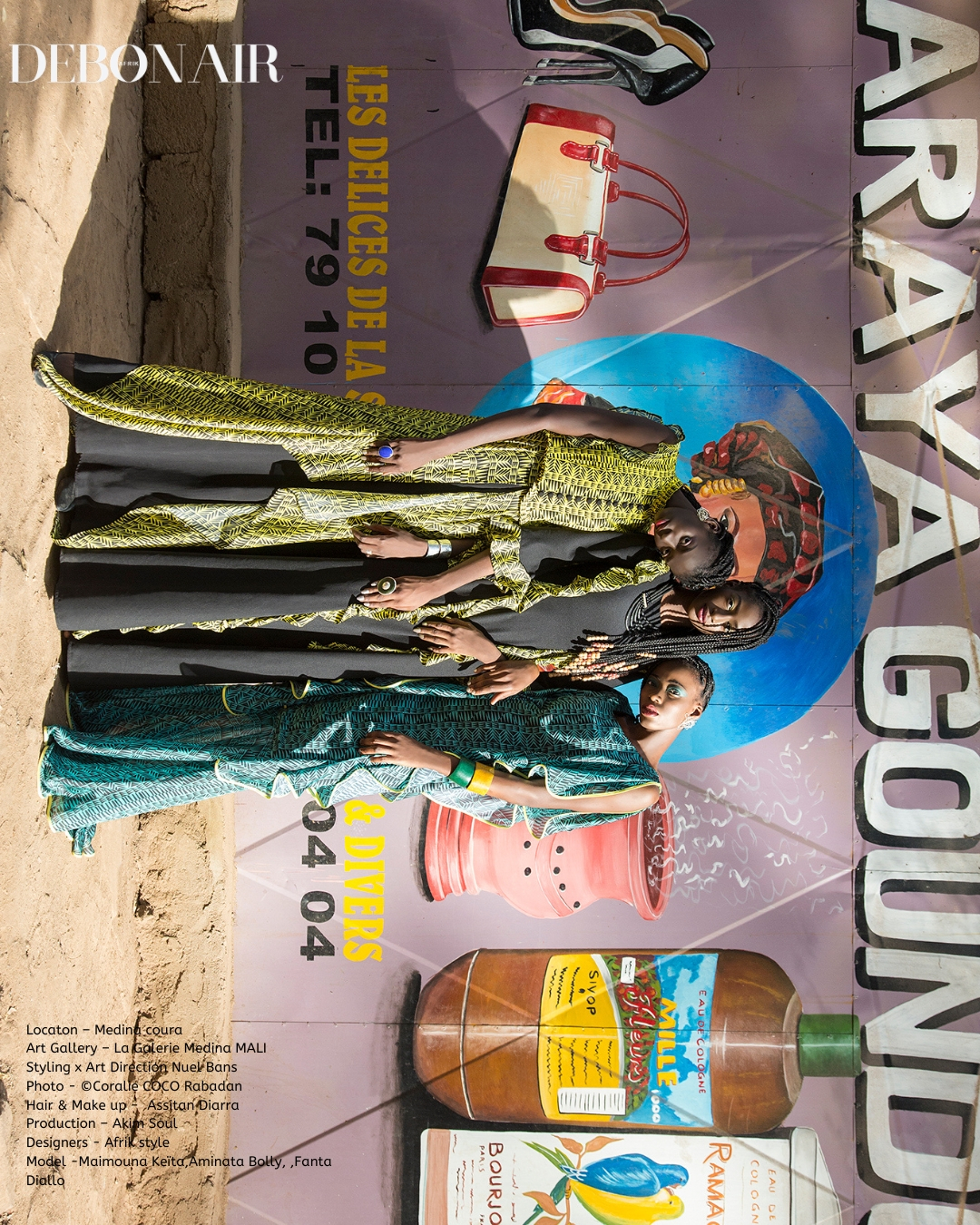 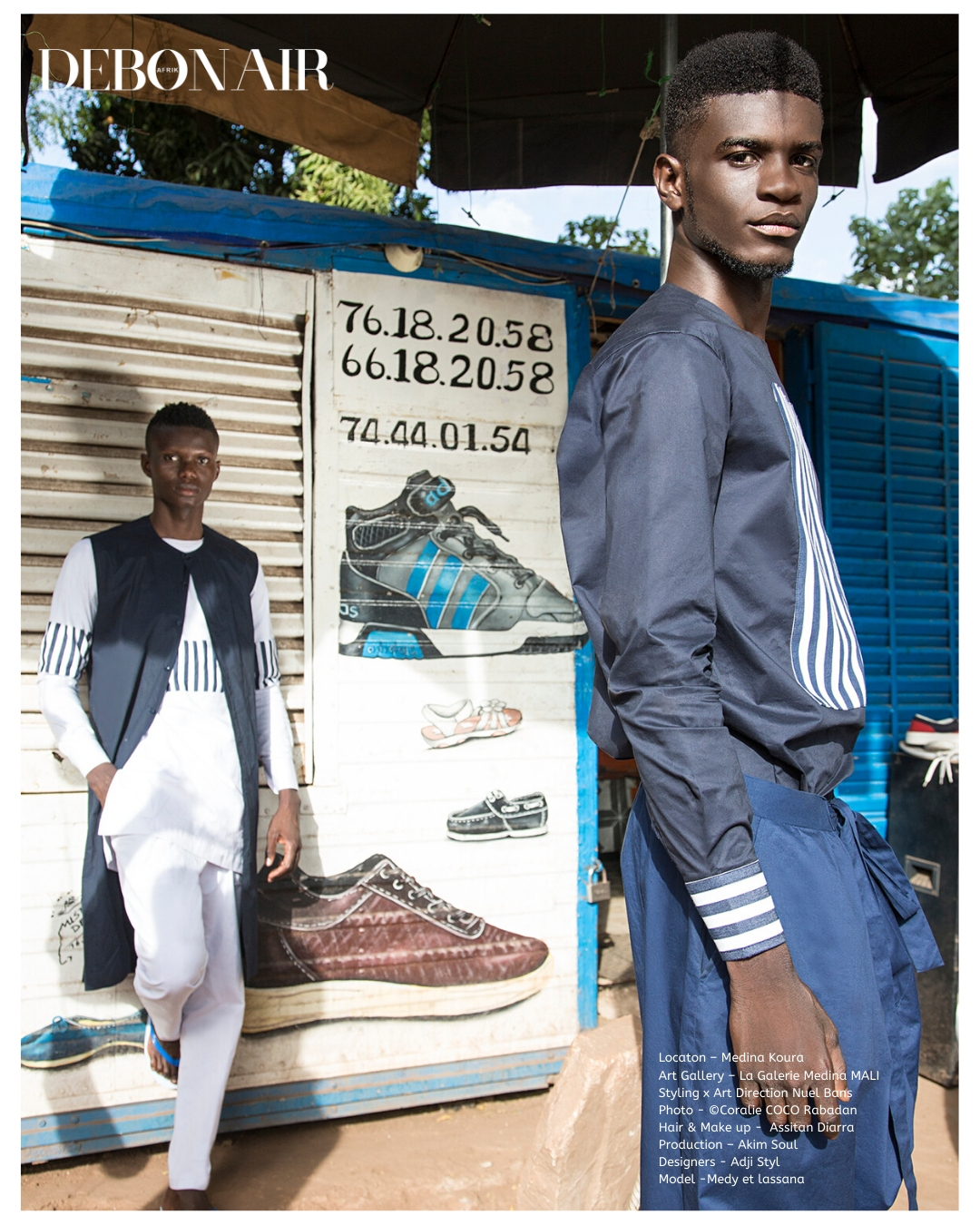 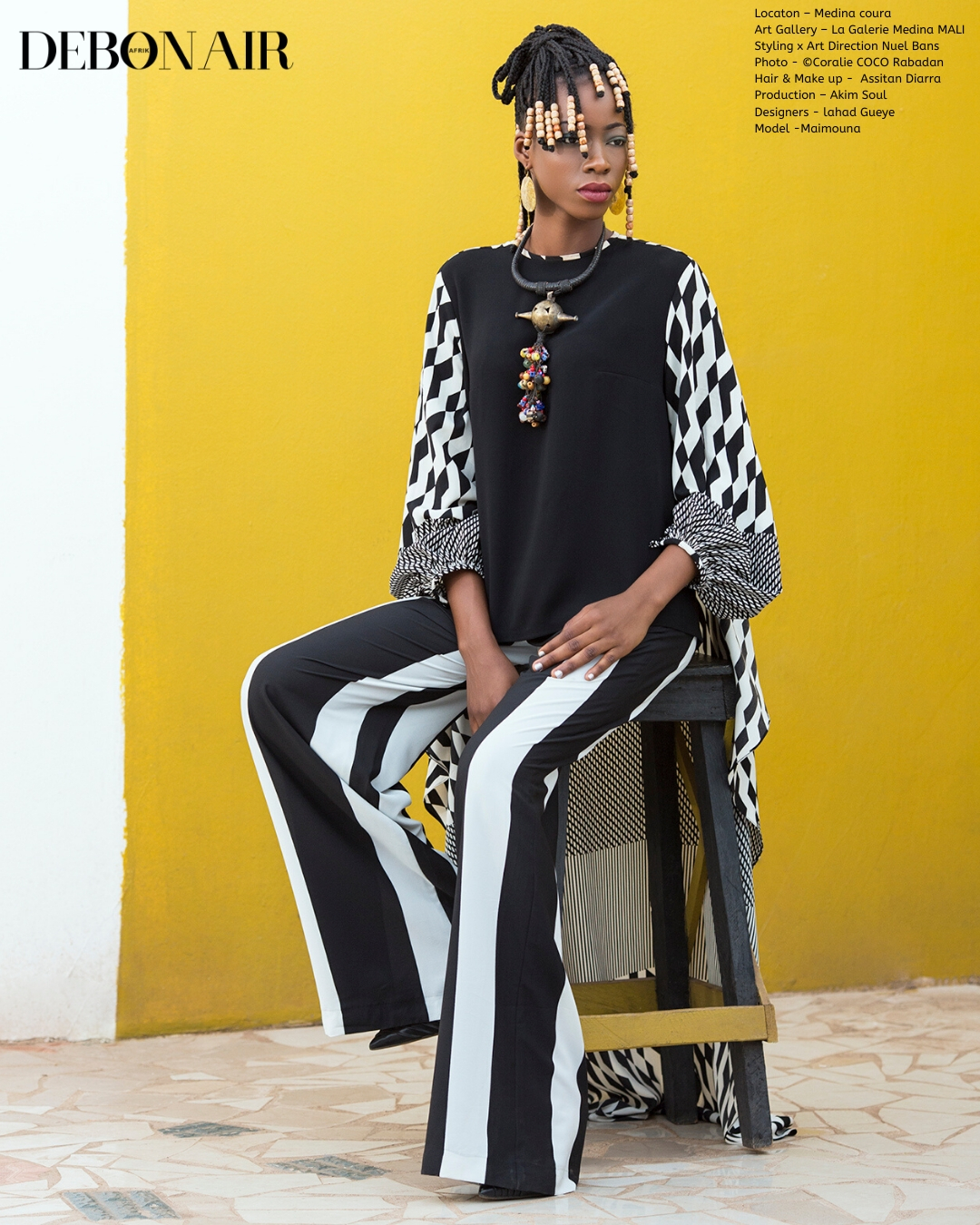 La Mode Malienne is an editorial by Nuel Bans of Debonair Afrik to shine a spotlight on the rich fashion and art culture in Bamako Mali. The editorial was shot in Medina, one of the most historical places in Mali – Bamako where art Music and fashion was birth in the 90s. This significance powered the creation of a museum in the city represent a national identity in the country.

Mali noted for its culturally dynamic society is a landlocked country situated primarily along the Niger River and Western Africa. The country’s francophone setting coupled with its sub-Saharan indigenous demography makes its fashion industry in every sense unique.

Over the last decade, the fashion industry in Africa has evolved and proven itself competitive globally. Countries the continent has produced some of the best curatives and in Mali, the young and new generation designers are using indigenous fabrics to create more urban clothing. This has created a higher demand in its local production.

Fashion in Mali is recognized for its locally produced fabrics called the Bògòlanfini or bogolan (Bambara: bɔgɔlanfini; “mud cloth”) is a handmade Malian cotton fabric traditionally dyed with fermented mud and other cotton produced fabrics that have been with the country for ages. Bogolan, also known as bogolanfini, is an African textile whose distinctive technique and iconography have been adapted to diverse markets and materials. The textile is indigenous to Mali, where it has been made and worn for generations. Indigo is another tradition fabric made by the women of Mali.

In a conversation with the creative director of Mali Mode show, Akim Soul, he mentioned that Mali has a growing fashion industry with lots of budding creative talents. He further stated how the country is blessed with efficient local creatives that produce raw materials for the industry. Ethical fashion is one of the lucrative sectors the country dwells on, providing jobs for many in the local sectors.

Coralie Rabadan, born French grew up in West Africa and London. COCO, the passionate photographer is the first female photographer to shoot a cover for Debonair Afrik. She thinks there is artistic fashion photography is growing in Africa.

I believe that artistic fashion photography is growing in Africa. We see more and.
More talented, daring and engaged designers. As a result, they create dynamism.
And encourage the whole fashion industry to expand. Photography being.
Interrelated, it is with no surprise that we can observe it taking off too. Attached to
the continent and very inspired by its ever-growing creativity, I want to share ideas
and be part of the whole thing!

The emergence of talented, daring and engaged designers has resulted in creating a dynamic fashion industry. Photography being interrelated comes with no surprise that it is gaining more recognition in the said industry. Her inspiration; Attached to the continent and very enthused by its ever-growing creativity, I want to share ideas and be part of the whole thing!

The editorial presents the pictorial storytelling of the fashion industry in Mali through the lens of COCO’s camera.

Style and Glam from The Editors Meet Brunch Party 2020