In less than 24 hours after the Ghana at 60 celebrations, there has been a hullaballoo on social media concerning what the second lady Mrs.Bawumia Semira wore to the event.

A  Percentage of the public thinks she looked radiant and stylish whiles a percentage says her style is not truly representing her religion and not portraying good etiquette to the young girls in the society. Well, opinion is opinion. Everyone can have a piece of it. 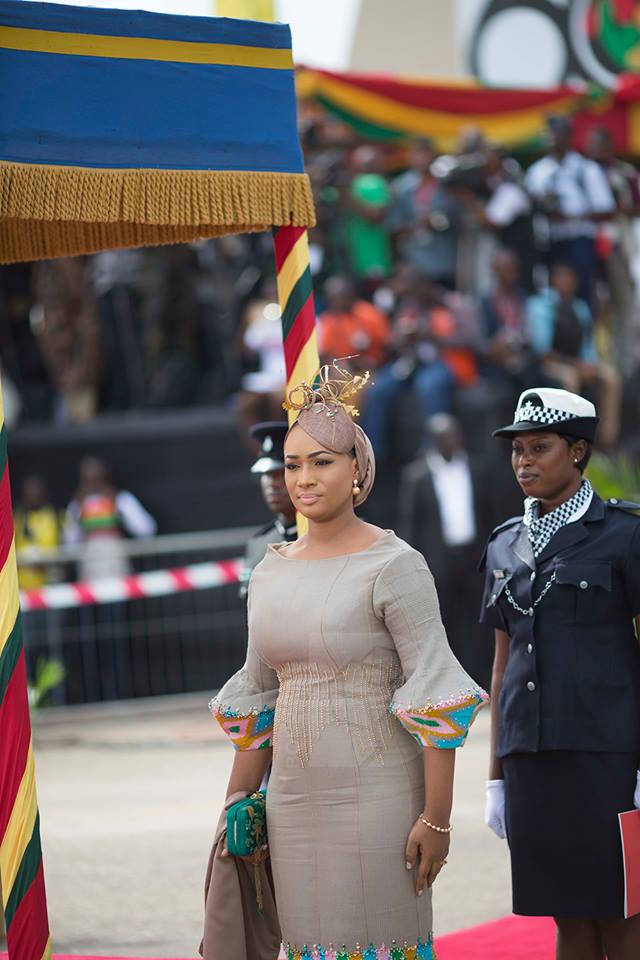 Firstly, Semira is the first youngest second lady Ghana has ever had thus Ghanaians must get used to her style in her position as a Second lady. She is a young and beautiful woman who was fortunate to marry a man who recently became the vice president of Ghana thus her style need to flow with the currently and must depict her status in the society .she has her own sense of style and has always appeared youthfully matured and symbolic for national occasions.

Also, I do not personally think her style does not reflect on her religion.YES, as a second lady she represents all women in the country and not a particular religion or a class of human beings. As long as her voluptuous Body was fully covered, there was nothing extra about what she wore.  For how long will she continue to scarf her head and wear long loose gowns? when she can stylishly get a (duku) head wrap and a fascinator to compliment her. She is the second lady and she cannot appear like a mediocre at national occasions. The head wrap and fascinator coming to play was just simply amazing which has nothing to do with revealing in my opinion. 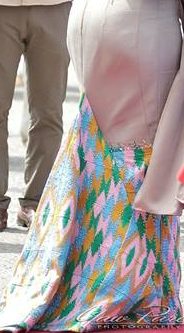 However, i must applaud the designer for poorly draping the kente fabric. One must consider the significant of certain fabrics before it’s been used on a garment. How do you terribly drape (knee to floor length) with such a rich and significant fabric as a train? And top it up, it looked pinned to the garment like a last minute decision.

One thing I find disturbing is the fact that her makeup appears overly done. Too much of contouring and foundation made her looking pale and the darken eyebrows occur just inappropriate. 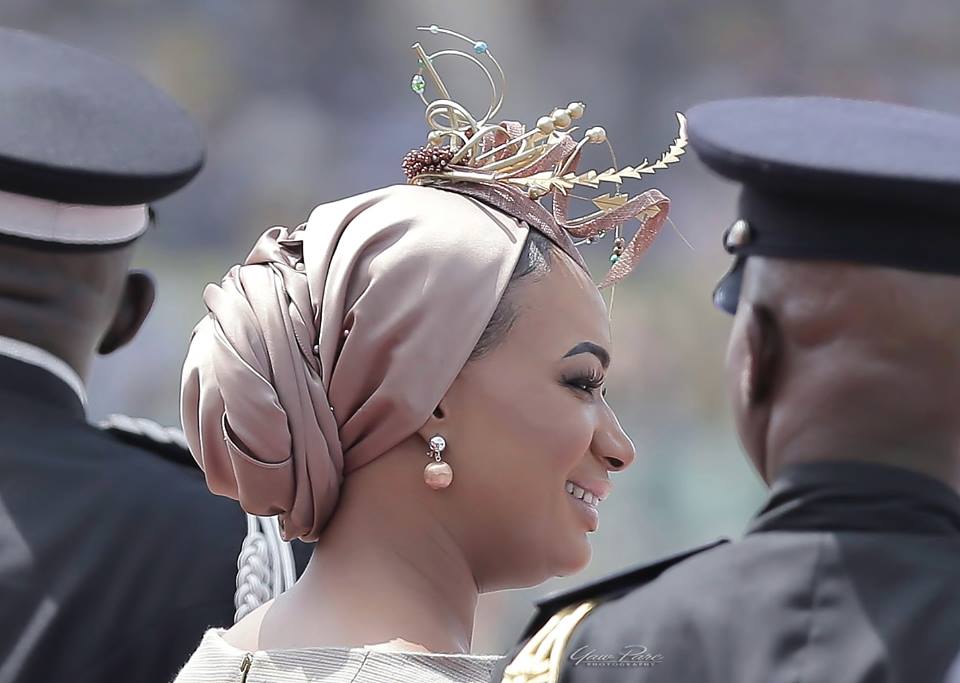 Well, opinion is opinion and everyone has a piece of it.